¿What is a sensor?

A sensor is a device that detects events that occur in the physical environment (such as light, heat, movement, humidity, pressure and more), and responds with an output, usually an electrical, mechanical or optical signal. The domestic mercury thermometer is a simple example of a sensor: it detects the temperature and reacts with a measurable liquid expansion. Sensors are everywhere: they can be found in everyday applications, such as touch-sensitive elevator buttons and touch-dimming lamp surfaces, but there are also many types of sensors that go unnoticed by most sensors, such as those used in medicine, robotics, aerospace and more.

Traditional types of sensors include temperature, pressure (thermistors, thermocouples and more), humidity, flow (electromagnetic, position shift and more), movement and proximity (capacitive, photoelectric, ultrasonic and more), although there are countless other versions. The sensors are divided into two groups: active and passive sensors. Active sensors (such as photoconductor cells or light detection sensors) require a power supply, while passive sensors (radiometers, film photography) do not require it.

The sensors are used in numerous applications, and can be organized into groups by ways of use:

Accelerometers: sensors based on microelectromechanical technology, mainly used in mobile devices, medications for patient monitoring (such as pacemakers) and vehicle systems.

Motion detectors: sensors that can be infrared, ultrasonic or microwave / radar technology. They are used in video games, security detection and light activation.

Graphene is a two-dimensional material made of carbon atoms, often referred to as «miraculous material» for its outstanding characteristics. It is 200 times stronger than steel with an atom thick, as well as the most conductive material in the world. It is so dense that the smallest atom of helium cannot pass through it, but it is also light and transparent. Since its isolation in 2004, both researchers and companies are fervently studying graphene, which will revolutionize several markets and produce improved processes, better performance components and new products.

Graphene and sensors are a natural combination, since the large surface-volume ratio of graphene, unique optical properties, excellent electrical conductivity, high mobility and carrier density, high thermal conductivity and many other attributes can be very Beneficial for sensor functions. The large surface area of ​​graphene can improve the surface charge of the desired biomolecules, and excellent conductivity and a small band space can be beneficial for conducting electrons between the biomolecules and the electrode surface.

It is believed that graphene is especially widespread in biosensors and diagnostics. The large surface area of ​​graphene can improve the surface charge of the desired biomolecules, and excellent conductivity and a small band space can be beneficial for conducting electrons between the biomolecules and the electrode surface. Biosensors can be used, among other things, for the detection of a variety of analytes such as glucose, glutamate, cholesterol, hemoglobin and more. Graphene also has significant potential to allow the development of electrochemical biosensors, based on the direct transfer of electrons between the enzyme and the electrode surface.

Graphene will allow the sensors to be smaller and lighter, providing endless design possibilities. They will also be more sensitive and will be able to detect smaller changes in matter, work faster and, ultimately, will even be cheaper than traditional sensors. Some graphene-based sensor designs contain a Field Effect Transistor (FET) with a graphene channel. Upon detection of the binding of the target analyte, the current through the transistor changes, which sends a signal that can be analyzed to determine several variables.

Graphene-based nanoelectronic devices have also been investigated for use in DNA sensors (to detect nucleobases and nucleotides), gas sensors (for the detection of different gases), pH sensors, environmental pollution sensors, sensors tension and pressure, and more.

Commercial activities in the field of graphene sensors

In June 2015, a collaboration between Bosch, the German-based engineering giant, and scientists at the Max-Planck Institute for Solid State Research produced a graphene-based magnetic sensor 100 times more sensitive than an equivalent device based in silicon

In August 2014, Graphene Frontier, based in the USA. UU., Announced the collection of $ 1.6 million to expand the development and manufacture of its GFET sensors functionalized with graphene. Its «six sensors» brand for highly sensitive chemical and biological sensors can be used to diagnose diseases with sensitivity and efficiency without parallel to traditional sensors.

In November 2013, the Cambridge research center at Nokia developed a moisture sensor based on graphene oxide that is incredibly fast, thin, transparent, flexible and with great response and recovery times. Nokia also applied for a patent in August 2012 for a graphene-based photodetector that is transparent, thin and should ultimately be cheaper than traditional photodetectors. 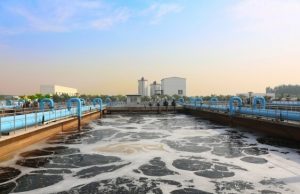